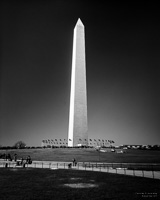 e coronavirus pandemic has exposed what many people have known for a long time; the United States Congress is a dysfunctional and ineffective organization that has forgotten its purpose. This purpose is to serve the people of the country as one of three branches of government. Unfortunately, the Congress is dominated by a duopoly of Democrats and Republicans, whose priority is to get reelected. Any action taken is influenced and driven by the goal to ensure a continuing hold on power through reelection.

This is evident in the barriers that have been erected to prevent candidates, which are independent or neither Democrat nor Republican, from getting on the ballot for an election.

Since 2000, there have been four presidents, all either Democrat or Republican, and the composition of the Congress has not changed substantially. The presidency is temporary; a seat in either house of the Congress is permanent. The Congress is like the Roach Hotel; once they check in they never check out.

Americans talk about the need for term limits, however, the behavior of voters shows that they do not believe it because they continually, with rare exception, vote for the incumbents.

The current crisis has been building for more than twenty years. During this time, each president and the Congress participated in establishing the policies that made the country unprepared and unable to respond. Meanwhile, the Congress is responding, not by considering practical measures or by learning from countries that have responded well, but by drafting legislation that takes care of their “friends” or benefits themselves personally. This resembles the Senate of ancient Rome.

What should be done? In a virtuous world the following would happen.

This would be the start of establishing a better-functioning and more respectable legislative body. In this brave new world, Democrats and Republicans would not be excluded, but they would not dominate.

If something is not working, it needs to be changed.