As of January, 2020 Gunter Demnig has installed 75,000 Stolpersteine (stumbling blocks), each of which commemorates a victim of National Socialism. The Stolperstein is a brass plague, which is installed at the last known address of the victim. The plaque contains the name of the person that lived at this location, the birthdate, the date deported and to where, and the outcome (murdered, survived).

On my most recent visit to Salzburg, every day I walked to and from my hotel on Linzergasse and saw numerous of these blocks in the street. The following photos are just a few of those that I saw. The photos are also shown in the Memorials gallery.

Franziska Kammer was a Christian resistor, who sheltered Jewish children. She and her neighbor Olga Zweig survived. Their stories can be found here. 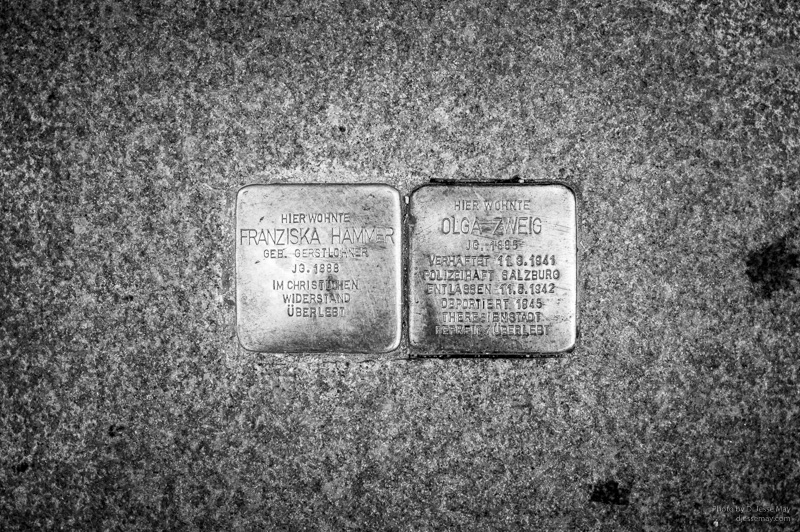 Ernst, Ida and Herbert Löwy fled Salzburg to Prague to escape the Nazis. From there they were deported to Theresienstadt in 1942 and murdered in Auschwitz. Their story is here

Elvira Posch was a patient at a sanitarium and was sent to Schloss Hartheim where she was murdered. Her story is here 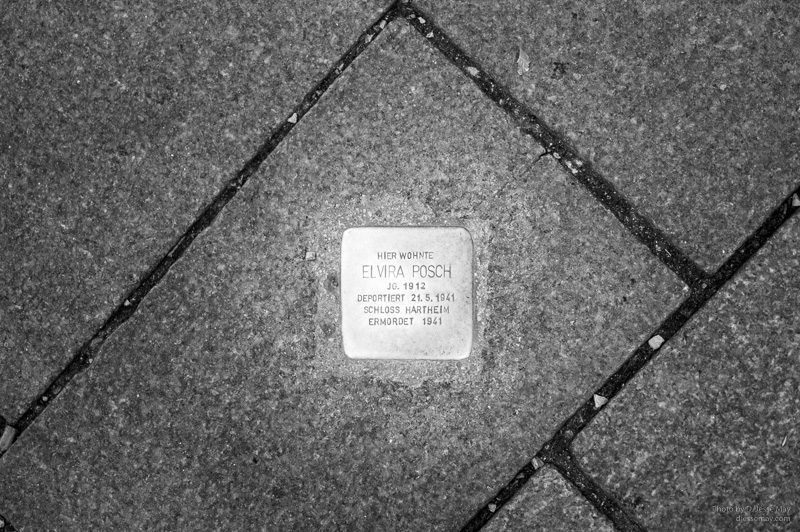