A true story about true love

Four teenagers met each other at different stages of their teenage years. They had different backgrounds and were from various places. As the years passed, they married, moved to different places and had children, who have since grown and established families. The four friends continued to periodically meet in person as well as virtually. Three were in North America and one was in Europe.

One of the four became ill. The four continued with the reunions, adjusting plans for the sick friend. As if by divine appointment, the three decided to meet at the home of the fourth friend, who was too sick to travel. As they arrived together, the sick friend became too sick to do anything for self-care. The other three together took care of their loved one, doing all the tasks necessary to live, most of which the healthy take for granted. This went on throughout the day and night.

I do not know how this story will end. I do know that this is the kind of love that changes lives and makes the world a better place. 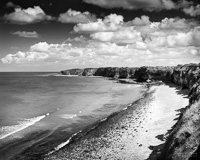